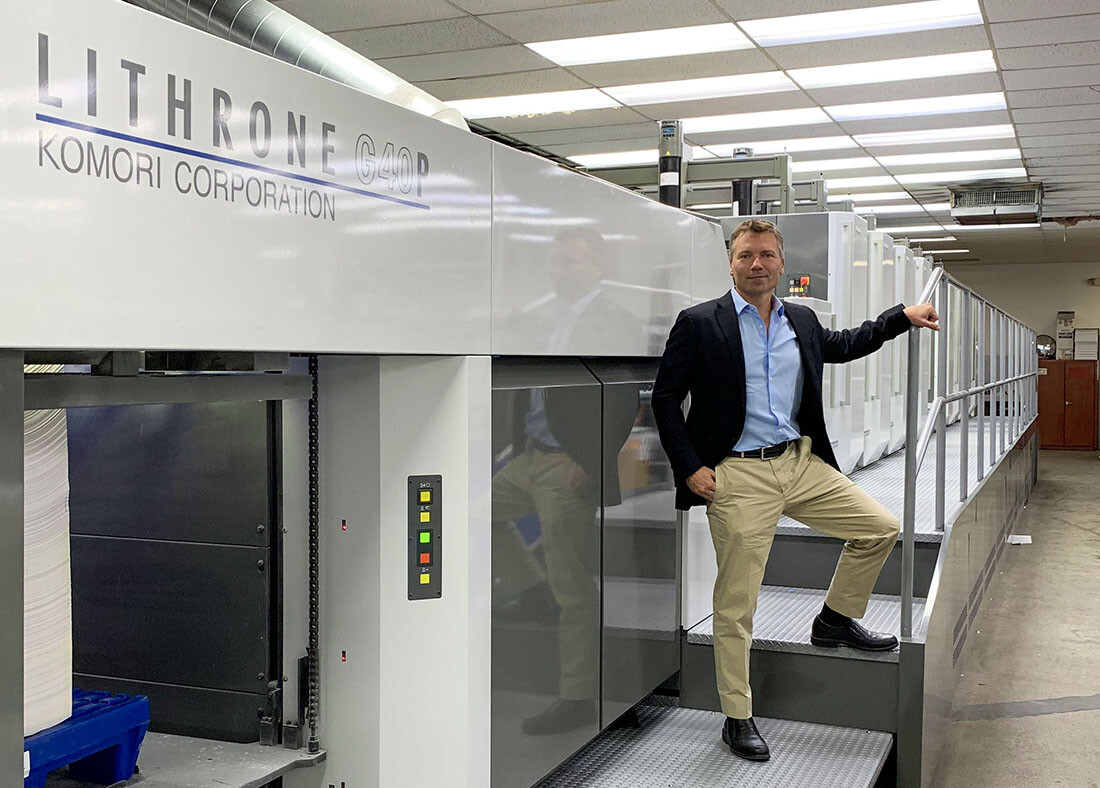 Southeastern Printing, founded in 1924, is nearing a full century of operation and boasts a long history of success.

In 2001 Don Mader, owner and president of Blue Water Graphics, became President of Southeastern Printing. Blue Water Graphics was a subsidiary of Southeastern Printing. In 2005, Mader purchased Southeastern and under his stewardship, the company doubled its revenue and number of employees, serving such notable clients as Coca-Cola and Pepsi, Florida's professional sports teams (the Miami Dolphins, the Heat and the Marlins) and one of Florida's largest utilities, among others.
In 2016, Mader acquired another company, Franklin Dodd, based in Hialeah, Florida. Franklin Dodd was owned by a private equity firm that was exiting the printing industry and thus hadn't made any capital investments in the company. "What I saw in this company was a great culture," Mader says. "They had proactive salespeople and dedicated employees, but they were devoid of investment. I knew we had to make investments in presses for efficiencies because the four older presses on the floor weren't going to allow us to compete where the market was heading."
Needing a quick backup for the older presses, Southeastern first installed a two-year-old used five-color press from another major manufacturer that Mader had worked with previously. His next press purchase, the eight-color Lithrone G40P perfecter with LED UV, was made after careful consideration of the market, solid recommendations from a group of industry peers, and a thorough evaluation of the ROI the press delivers.

The value of a peer group

Mader's peer group consists of eight printing companies of comparable size located throughout the United States. Some of the group members had already invested in modernizing their pressrooms. Three had purchased a Komori Lithrone G40P and gave it rave reviews.
"After hearing those in my peer group rave about the quick return on the investment gained from the Lithrone G40P, I visited each of the three plants that had the press," Mader says. "For us, it wasn't a question of whether we were going to purchase a new press with the advanced technology we needed, it was a matter of which manufacturer we were going to choose. Historically, we have used presses made by another manufacturer, so that's where we started to look. Our due diligence made it apparent that not only did Komori have the technological edge, but when we ran the numbers with the Komori press, the return on investment was also much greater. The beauty of this whole process was that I had real-life examples from my peer group that allowed me to see their profit margins and their throughput increase after they installed the Komori Lithrone G40P," says Mader.
Believing that an investment this important should be determined by consensus, Mader made another visit to the three facilities with his pressroom managers, a press operator and his general manager, so they could print their own jobs on the Komori press. "By doing this, they saw the benefits firsthand. I asked them whether they were sure that they wanted to break away from what they know, which was the competitive manufacturer. The feedback was a definitive yes." 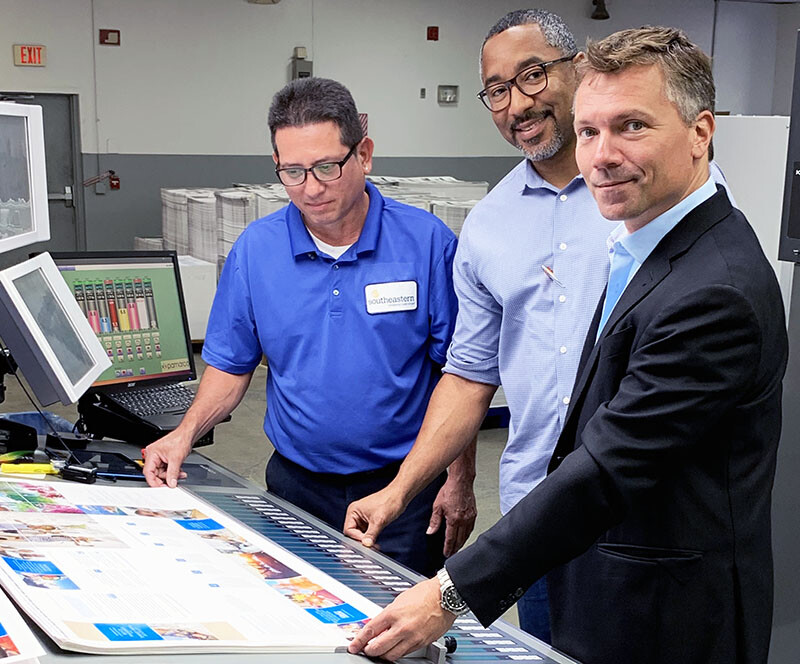 The Lithrone G40P press was delivered to Southeastern Printing in January 2019 and was up and running by March. Though the managers and press operators were excited about the new technology, they were naturally a bit apprehensive at first. "The initial challenge was a change of mentality — going from how things were to new technology," says Mader. "For instance, the operators had to get comfortable with the fact that they didn't need to use spray powder because the inks are cured with LED UV, and they ultimately had to think differently about how they planned jobs."
After operators gained some experience with the new press, they saw the myriad benefits it brought to the company. "They love the ink system. They also love the automatic plate changing and the plate loaders. And they love the color control," Mader notes. "We used to run a minimum of 100 sheets per color for waste. For a 4-over-4 job, we would build 800 sheets of waste into the estimate. With the Lithrone G40P, we're roughly around 75 sheets per side, so we're 150 sheets total of waste per makeready. It's amazing."
The results of the new press were ultimately very positive. "It prints a cleaner, better dot than any equipment we've had before, so it's improved our overall quality," says Mader. "It's definitely driven a tremendous amount of money to the bottom line through its efficiencies. And — something that often goes unnoticed — it's also improved morale within the company because our associates see that we're investing in the latest technology. You wouldn't believe the excitement. The best part is we're a little over 18 months in and our Lithrone G40P has delivered the promised ROI. It's already paid for itself in waste, labor savings and reduction of utility costs," Mader said. "It's unbelievable that one press gives us more capacity than three older presses." 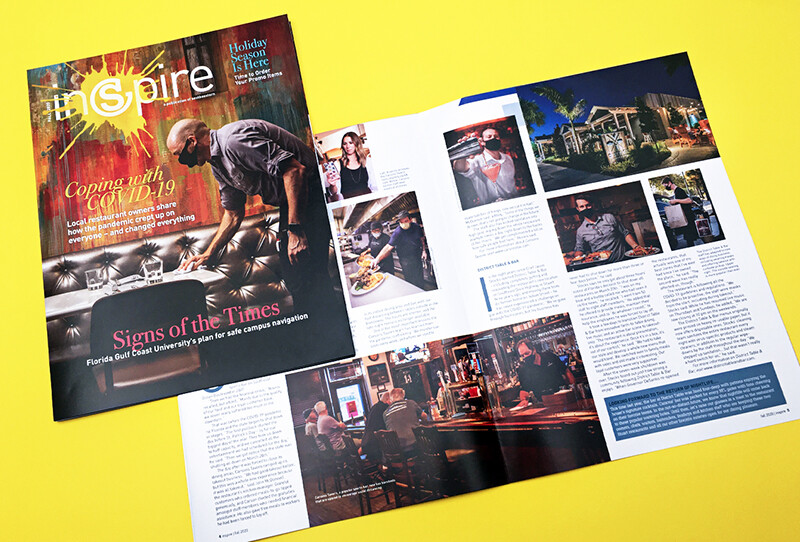 Southeastern Printing is indeed thriving with its capital investment. Originally located in Stuart, Florida, the company is currently consolidating at the former Franklin Dodd facility in Hialeah, and offers offset printing, wide-format digital printing and warehousing and fulfillment services. With the move, Southeastern will occupy some 170,000 square feet (15,794 square meters) of manufacturing and warehouse space and employ about 170 people.
"You have to invest in your business. It's the only way to keep up and thrive in this industry," Mader says. "We knew purchasing the Lithrone G40P was right for us because numbers don't lie. When we put it all on a spreadsheet and looked at what our labor savings were going to be and what our waste savings were going to be — all this, coupled with the knowledge that Komori's technology did everything it promised because we had peers that proved it for us — the decision was easy."