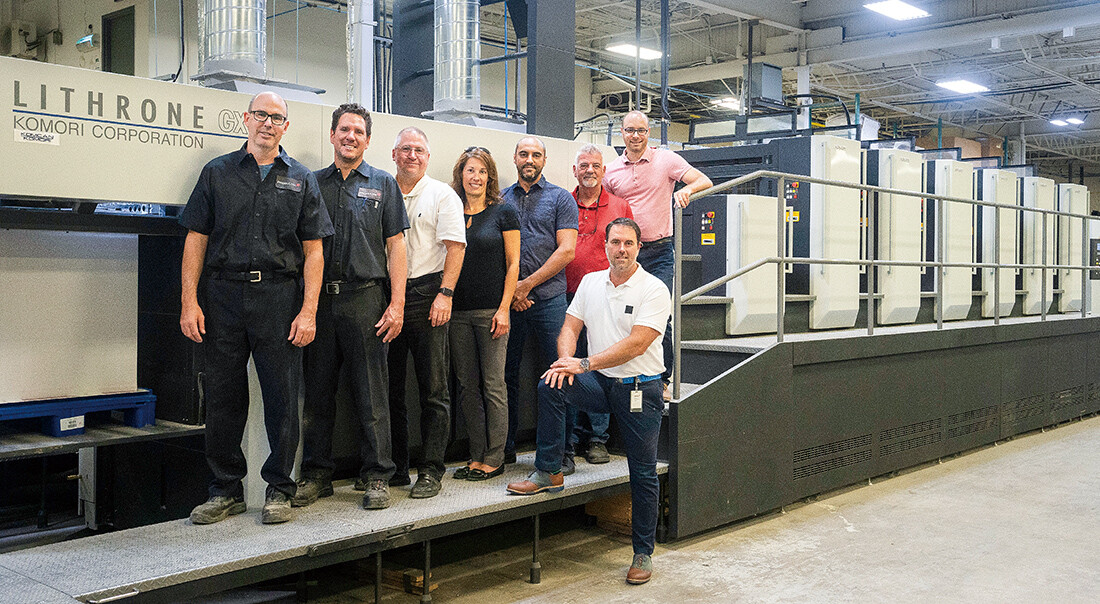 Situated in Boucherville, 23 miles outside of Montreal, is Produlith — a strategic packaging solutions service provider founded in 1981. Shawn Desmarchais joined the company right out of school in 1993 and has been there ever since, holding almost every position and becoming president of the second generation printer in 2006.

For Produlith, Printing Industries of America (PIA) was the 'go-to' for all things industry related. In the early 2000s, Shawn's father, president at that time, attended a PIA meeting that set the future course for Produlith. Commercial print was predicted to decline to double digits, and digital printing wasn't quite ready for prime time. The printer needed to make a decision: "The future is packaging, and we have to get into it," he said. So, at the next sales meeting, the team was handed business cards for their newly formed division, ProPack, and they were told to go out and sell packaging. And sell they did. "The biggest strength of our company has always been the pig-headed determination to figure things out and get it done," says Shawn.
From 2004 to 2008, Produlith made a 100 percent transition from commercial to packaging printing. They began with traditional offset folding cartons, then moved into the digital packaging arena. About five years ago, they became the first printer in Canada with a digital packaging press. Last year, they invested in flexo so that they would have the full range of packaging printing services to offer.

Technology as a factor in success 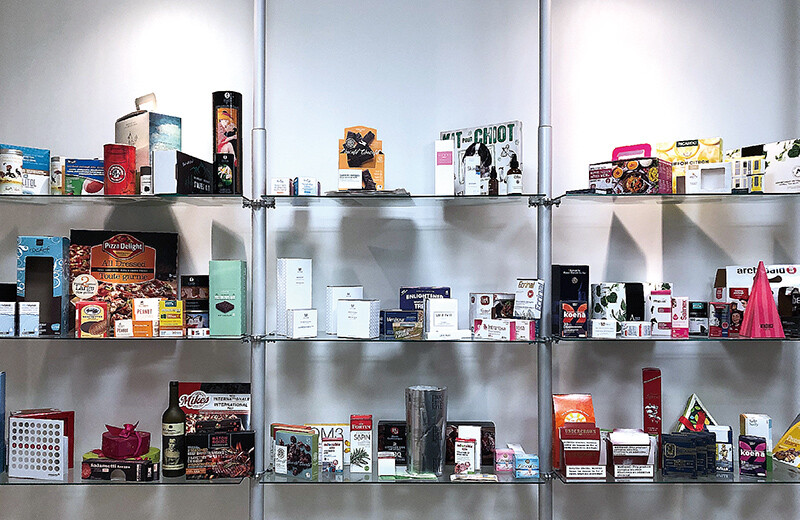 For Produlith, the most important thing in packaging was to have a complete offer for any customer, any size, in any industry — food, pharma, cosmetics, tobacco or household products. According to Shawn, "We have a 360-degree offer for the customer, which is critical because of our competition. They're either billion-dollar companies or mom 'n pop shops. I think of Produlith as a mature mom 'n pop shop because we still have that attitude of 'Bring it on. We can get it done.'"
When they were an all-commercial print shop, Produlith had two presses, purchased in 2000. After 19 years of operation, the printer knew their presses weren't built for an all-packaging print shop. Shawn knew that investing in new technology was the only way to move forward. "We were comfortable with the Japanese technology, and Komori was always an interesting manufacturer to us," says Shawn.
It was also important that his pressmen got on board early in the game. "We made a scorecard comparing the models of the top manufacturers," explains Shawn. "What we liked about the Lithrone GX was that it scored very strong in speed and had all the features necessary for folding cartons."
Shawn adds, "There was an economic advantage if you compared the total package of the Lithrone GX to the machines of other press manufacturers. Once this was clear, we linked up with Komcan, the Canadian distributor."
"To compete in this industry — to achieve speed and print quality — you have to invest," says Shawn. "Customers appreciate the investments we're making and understand that our cutting-edge technology is critical to their success. We listen to and stay very close to our customer base." 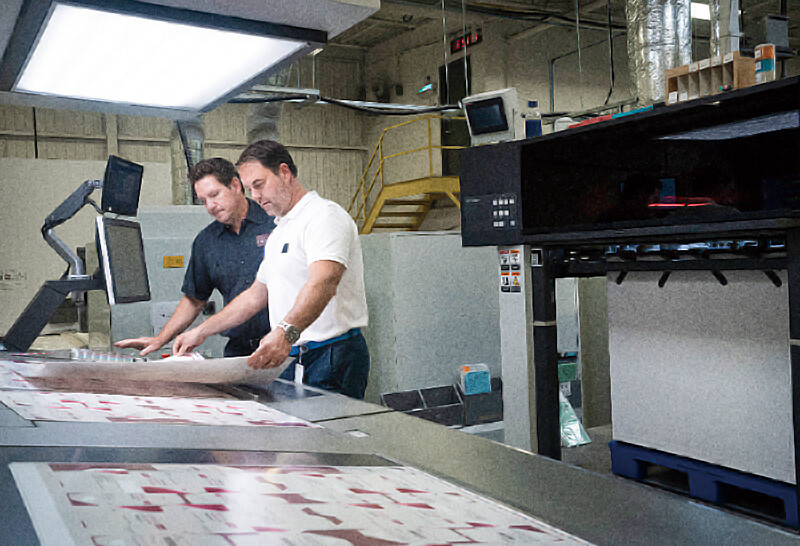 Produlith's six-color Lithrone GX40 includes Komori's PQA-S V5 system, which will let them get better control of their print production and standardize the work of all press teams. They also invested in KP-Connect, which they are looking forward to implementing. "KP-Connect will provide us great feedback on how we are running the press. This tool will allow our management and press teams to access their report card instantly and then set goals for improvement," Shawn says.
"The large size lets us get more ups on a sheet, so we run fewer sheets and gain more output in an hour versus our old presses. The average speeds we run are more than 50 percent faster than our old presses, and the makeready times have improved from an average of 60-75 minutes to 25-30 minutes. Waste per job has been reduced by 25-40 percent. And we've only had the press for two months," he says. 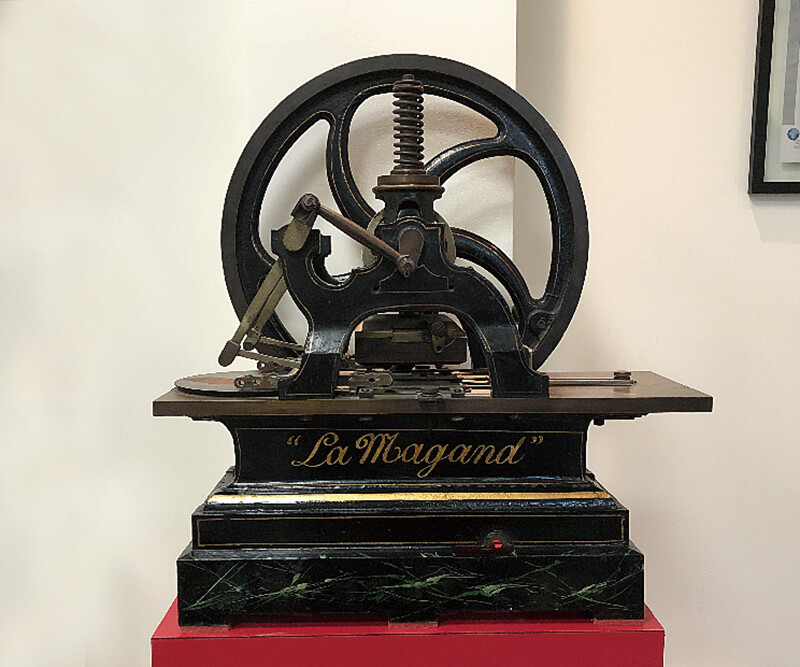 Produlith has completely reinvented themselves over the past decade and especially the past five years. In the last five years, they purchased the building where they are currently located and did a complete renovation. They bought a digital press, die cutters and gluers as well as their new Komori Lithrone GX40. "We've invested more than five million dollars recently, so now it's time to stabilize and let the dust settle," Shawn says.
Today, Produlith has 60 employees and annual revenue of approximately 14 million dollars — double the level of 2013. Continuing their robust growth, they are 38 percent ahead of this time last year.