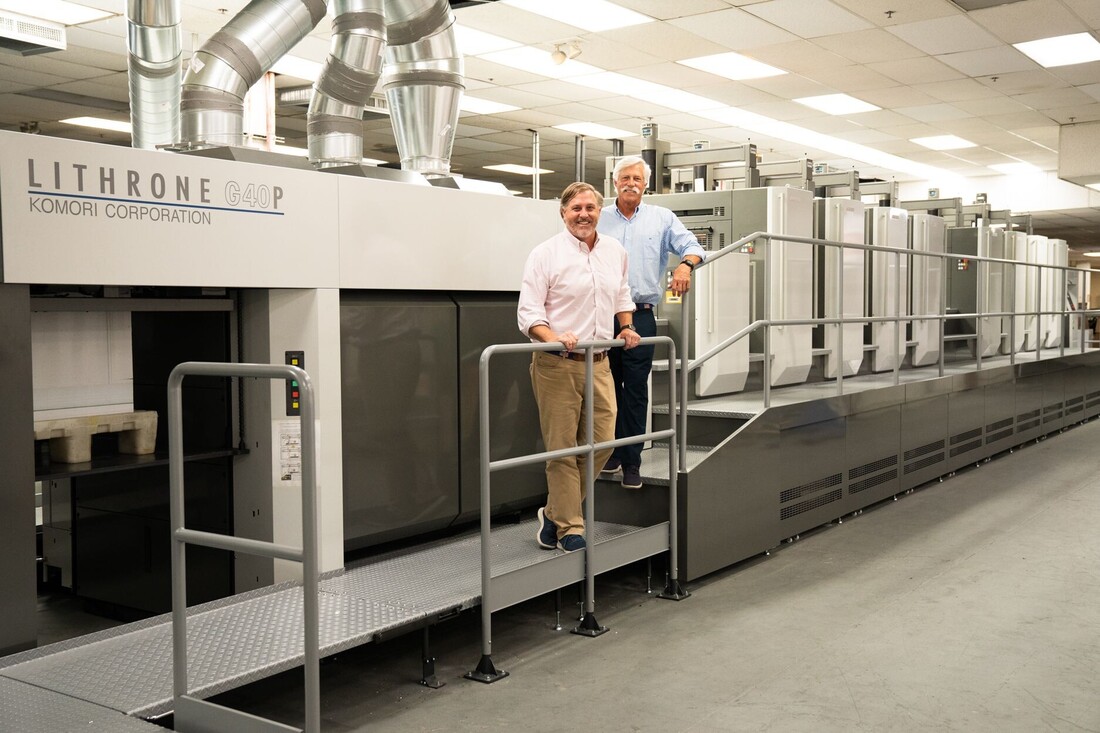 Founded in 1949 by Wiley Tucker, Sr. and A.C. Castleberry, Tucker Castleberry started as a small letterpress printer in downtown Atlanta. Today, the company is still a family-owned company with more than 60 employees working in 65,000 square feet of space. It operates three full shifts that run 24 hours a day, five days a week. Tucker Castleberry attributes its continued success to one basic mantra: "We are a sales-driven company that focuses on customer relationships."

"It became clear that the logical choice for meeting our needs from an efficiency, service and profitability standpoint was the eight-color Komori Lithrone G40P with LED-UV."
- TUCK TUCKER, CEO, Tucker Castleberry

As one of the largest union printers in the Southeast region of the country, Tucker Castleberry is often the chosen printer for election printing and mailing, where volumes are huge and time is of the essence. As an example, during the November 2020 election, the company's older six-color presses ran 24 hours per day, 74 days straight, printing over one hundred million pieces. 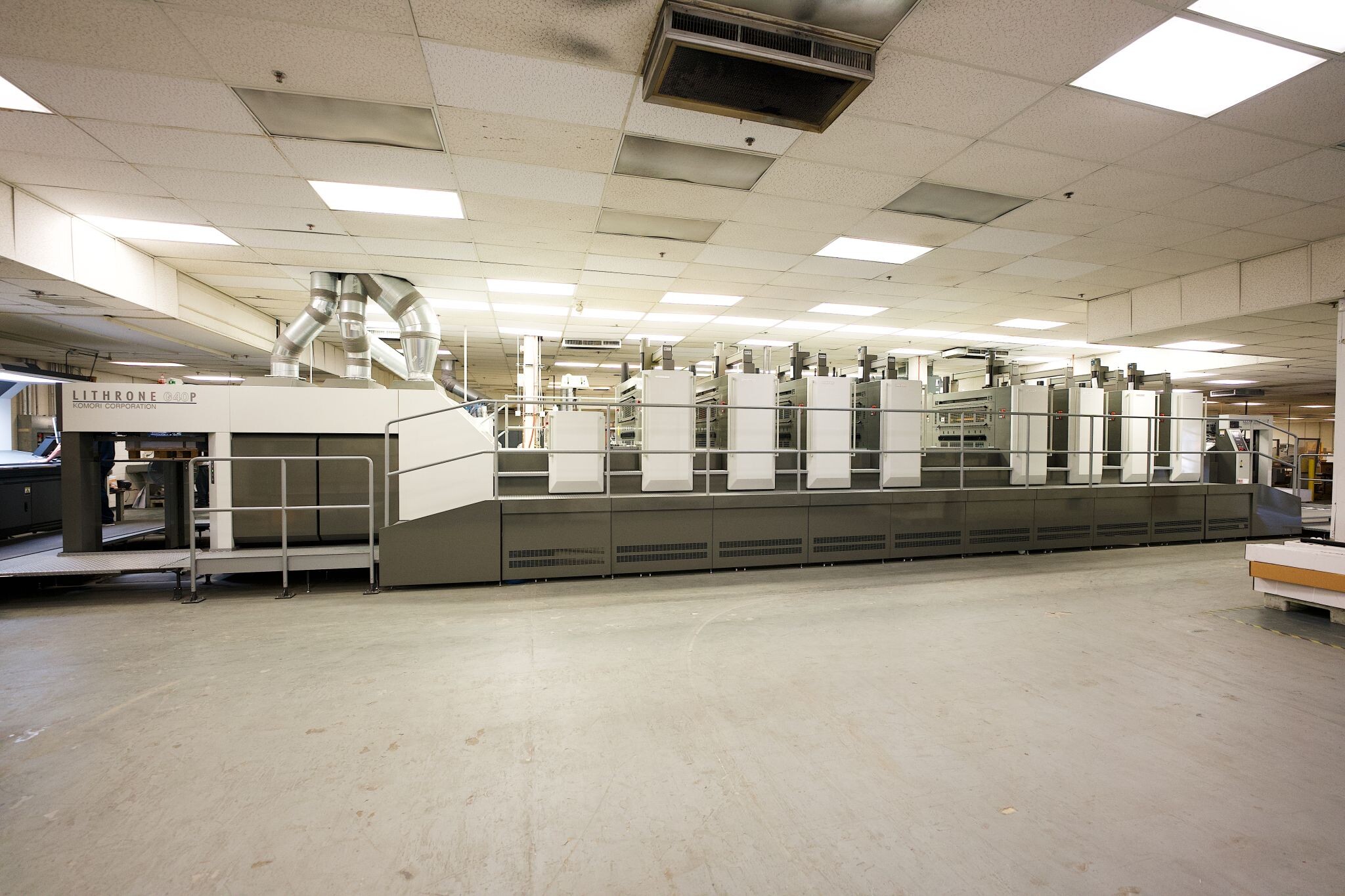 "All I could think of during that time was that I was thankful nothing broke down on those presses," said Tuck Tucker, CEO of Tucker Castleberry. "As soon as we got through the election work, I knew it was time to look for new equipment."

The first thing the Tucker Castleberry team did before their search was to analyze the past several years of work to determine their current needs. This uncovered that 90% of the work being produced was four-over-four, which made looking at four-over-four perfectors versus another six-color press the best option. The company began its research by going to several print facilities to look at presses from a variety of manufacturers.

"We noticed that a lot of the companies we visited had four-over-four printed signatures on their floor, like 24-page or 64-page catalogs, and it solidified that we really wanted to market ourselves in the four-over-four world. It was on these trips that we also learned about the advantages of LED-UV. While we looked at several manufacturers before we made the decision, it became clear that the logical choice for meeting our needs from an efficiency, service and profitability standpoint was the eight-color Komori Lithrone G40P with LED-UV."

Once the decision was made, the press was installed approximately six months later and the Lithrone G40P has not disappointed. The company is now taking in an increased volume of lucrative four-over-four work, a perfect fit for this press. "The productivity on the Komori press is more than doubling our throughput speed. On day one, it could print two and a half times more impressions than we were able to with our older, non-perfecting presses," said Tucker.

The color of cement and more 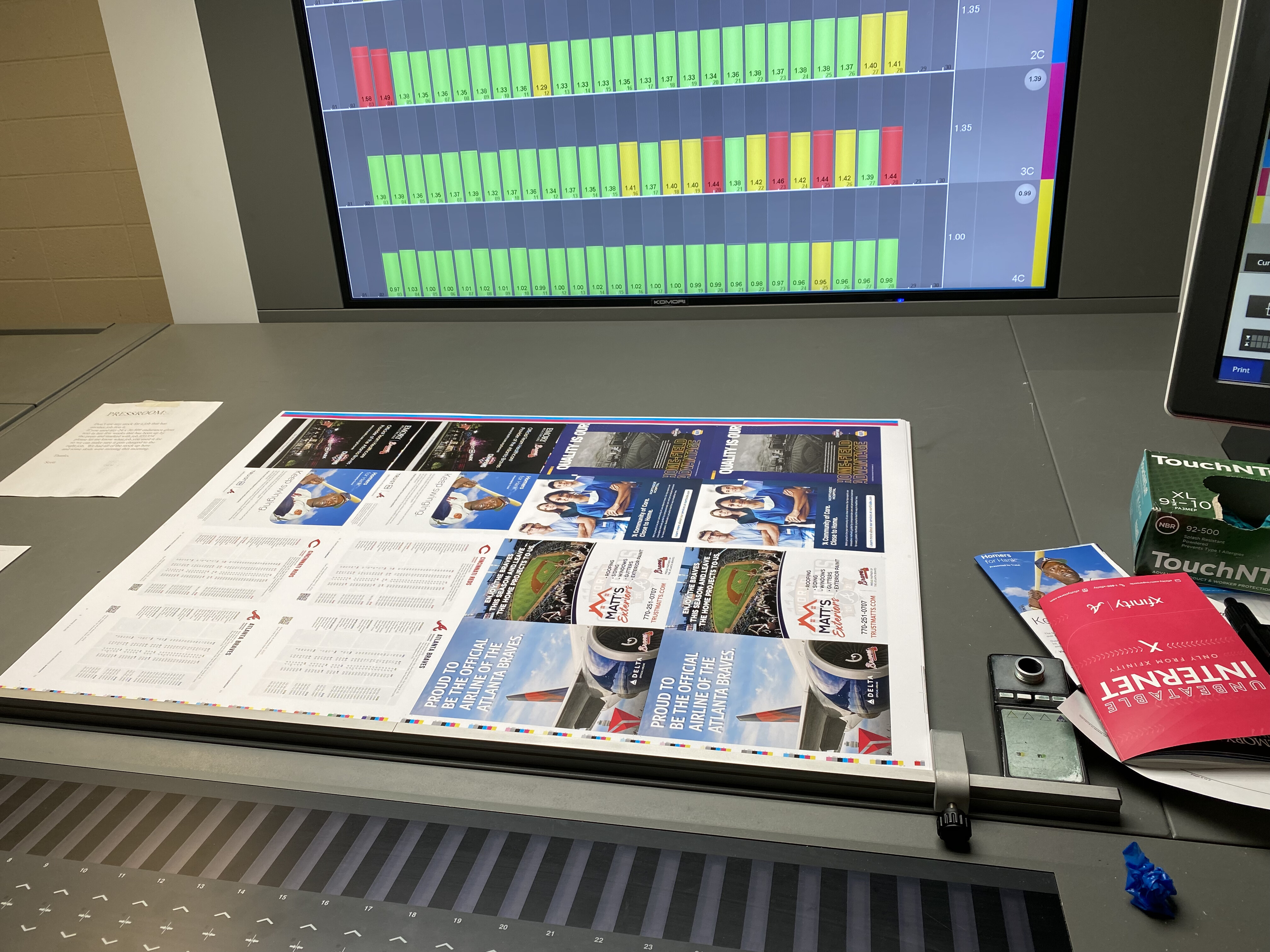 "Everybody gets projects to the printer at the last minute. The fact that we can actually print both sides of the sheet in one pass and then go right to bindery is amazing," said Tucker.

An example of this speed-to-market is a recent job for a catalog customer that sells bricks and other masonry items. The customer awarded Tucker Castleberry the job, but it required printing 60,000 24-page catalogs with several hundred copies due in Columbus, Ohio on Monday afternoon for a meeting on Tuesday. The files were received the Friday before.

"We could have never done that job on our other presses because it would've taken, at a minimum, 36 hours," said Tucker.

"With our new Komori press, we could print both sides of the sheet at the same time and ink curing was instantaneous. We did the entire job in 14 hours. We were able to print it, immediately get it to bindery for saddle-stitching and get it out the door in one day. If we didn't have the Lithrone G40P with LED-UV, we would have had to turn the job down because we would not have been able to meet the deadline."

Color consistency is of extreme importance for any company committed to adhering to brand standards. Such was the case for this customer that makes different colored bricks match color wise from the catalog to real life. The Lithrone G40P with LED-UV offers Tucker Castleberry the advanced technology required to produce stunning color on difficult stocks, like uncoated or matte finish, and deliver jobs to customers in record time. "The color consistency is absolutely dead on," said Tucker. "The sheet that you first pull out is going to look just the same as the sheet you print an hour later and the customers love that."

"The press has so much to offer... We're probably only using about 40% of what the press can do so far, but my operators are excited to learn. I tell them you don't have to fiddle with anything--no need to play the piano on this press. This press will take care of itself."
- TUCK TUCKER, CEO, Tucker Castleberry

The Lithrone G40P offers intuitive technology and subsequent efficiency with automated features, such as the KHS-AI integrated control system and the Asynchronous Automatic Plate Changer (A-APC), reducing plate change and makeready times to fractions of traditional systems. KHS-AI is Komori's productivity improvement system that optimizes various press presets. It does so by self-learning according to changes in the machine, environment and substrates and aids in high-speed start up. All of this makes it possible to say "yes" to work that requires timely deadlines.

"The press has so much to offer. The operator-friendly platform reduces touch points, again saving production time," said Tucker. "We're probably only using about 40% of what the press can do so far, but my operators are excited to learn all the technology it offers. I tell them to keep digging into the computer system to explore what this press is capable of. You don't have to fiddle with anything-- no need to play the piano on this press. This press will take care of itself." 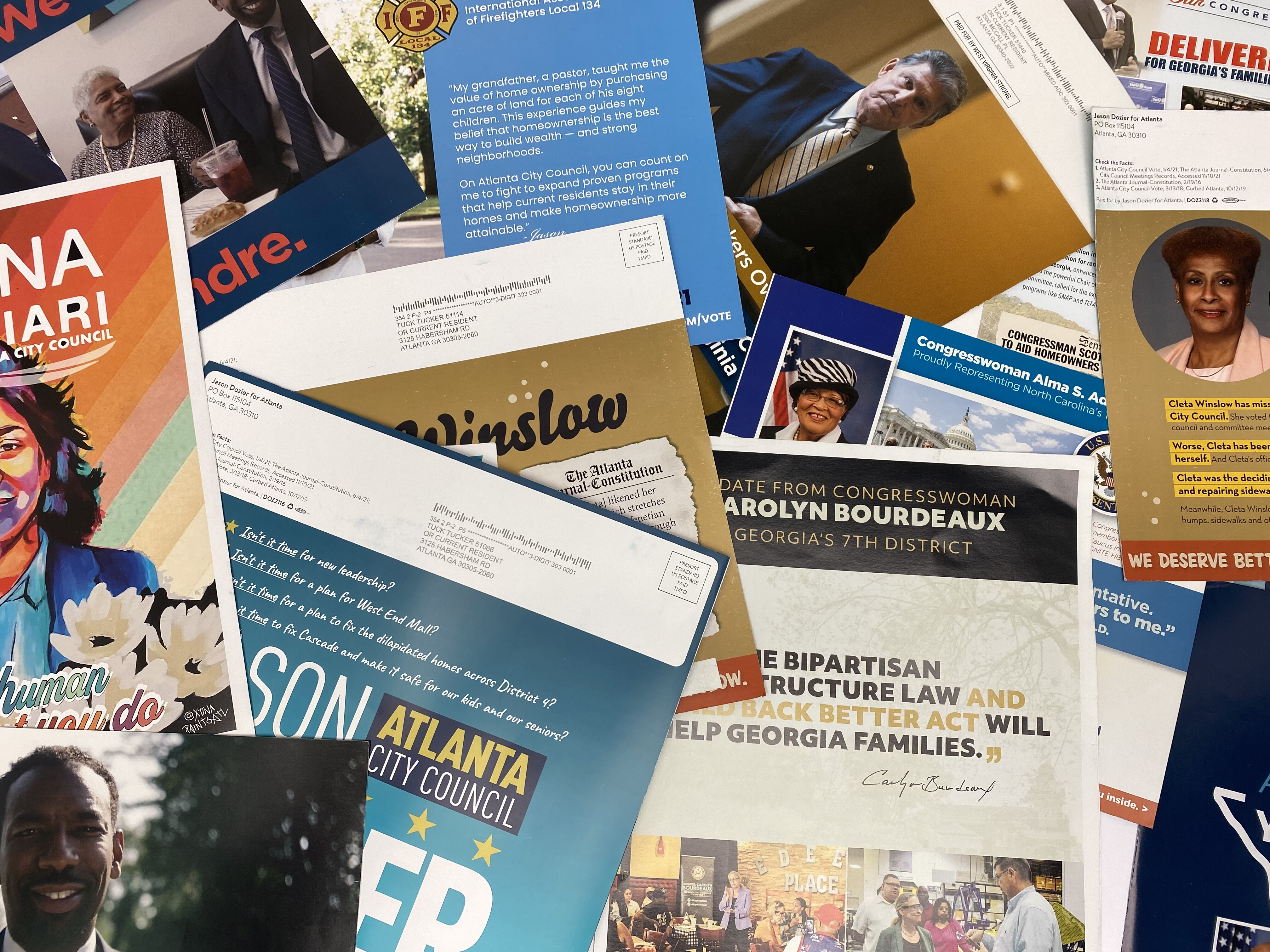 As Tucker Castleberry began looking for more opportunities that fit the capabilities of the new press, one vertical that stood out was higher education. Today the company produces a host of academic publications with its Lithrone G40P, including alumni communications, fundraising direct mail and admissions materials.

"We are super excited about this press," said Tucker. "There is nothing this press can't do. It lowers production time and gets jobs out of the plant quicker, saving us time and our customers' money. You simply can't ask for more than that."